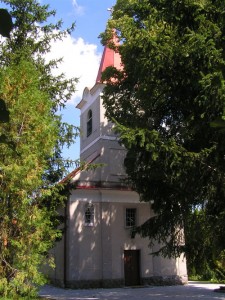 Administratively, the village of Volkovce falls under the Roman-catholic diocese of Nitra. It used to form part Nemčiňany parish, but from 1st July 2001 the village is part of newly formed Čierne Kľačany parish.

At the centre of the village is the Roman-catholic church of st. Jacob the Elder. The church building is the oldest historical building in the village with the presbytery dating back to the 14th century. The original building was built in Gothic style, however it was rebuilt in baroque style between 1750-1754. The church is formed as a single isle space with with the presbytery being shaped as a polygonal bay above the Presbytery. The Presbytery is also vaulted with lunette arches which are decoratively separated by ribs using the Gothic cross feature.

The church nave is vaulted with a Prussian canopy. The canopy is separated by lines on the mural pillars. The facades are separated by lisena framing. The pulpit is in the baroque style and has small pillars used to separate individual Evangelists and Salvatore Mundi. A church tower was built into the face of the building in 1926.

In the spring of 2002 the roof of the church had been replaced and the winter of 2002 saw a new organ being purchased. The final works was replacing paving in the churchyard in 2005.

In the churchyard is a cemetery, which is accessed through a stone gate. On each side of the gate are carved the names of residents who had fallen in the First World War. A Stone cross forms a part of the churchyard and cemetery fence. It is the oldest cross in the village dating to 1777. A small mortuary chapel was built in 1949, this fell into disrepair after 1982 when the village residents self-financed the new “Mourning house”. The original mortuary chapel was reconstructed and renamed as St. Joseph Chapel in 1996.

Since July 2013 Peter Patúc is the priest for the parish. 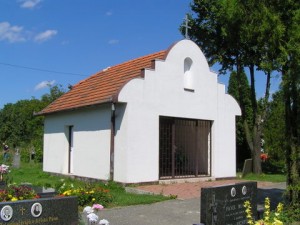 Priests who served in the village during the 20th Century

Priests born in the village 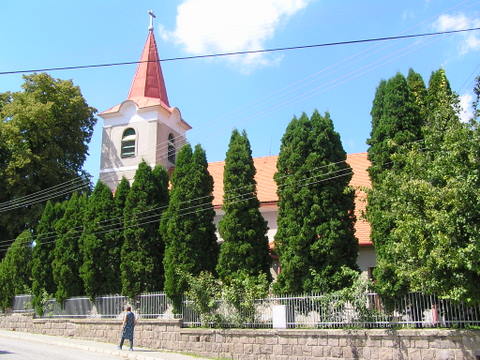